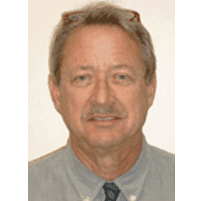 When reproductive health concerns are severe, North Naples Gynecology and Obstetrics can assist patients by employing hysterectomies. For those throughout the Naples, FL area, Dr. Hildahl, a Mayo Clinic trained physician, can provide hysterectomy surgery, laparoscopic hysterectomies, and hysterectomy alternatives.

What is a hysterectomy?

A hysterectomy is a surgery used to remove the uterus. Hysterectomies are used to treat several issues and illnesses which can include:

During the procedure, the surgeon may also take out the ovaries. Removing the ovaries is performed when addressing cancerous masses or when the ovaries have been damaged.

What is a laparoscopic hysterectomy?

A laparoscopic hysterectomy is a minimally invasive procedure which has fewer potential complications than an abdominal hysterectomy. Most hysterectomies will be performed laparoscopically at the practice. During the procedure, small incisions are made in the navel and the lower abdomen where a tiny camera and specialized surgical instruments are inserted. The surgeon can view the interior of the abdominal cavity using the images retrieved with this camera, which are displayed on a monitor. This procedure has a quick recovery time and offers less bleeding and scarring.

What are my alternatives to a hysterectomy?

The gynecologist may try to treat the problem with an alternative therapy before a hysterectomy is performed. When fibroids are the issue, the gynecologist can use a myomectomy to remove the fibroids without taking out the uterus or the doctor can eliminate them by cutting off blood flow to the fibroids. Endometrial ablation can be performed when endometriosis, menorrhagia, or heavy bleeding is present. This is conducted to eliminate the lining of the uterus known as the endometrium. When treating endometriosis, the gynecologist will attempt more conservative treatments first, including birth control pills, to control hormone levels and lessen symptoms. When uterine prolapse is present, a vaginal pessary can be employed to secure the uterus in the correct place. In some situations, a hysterectomy might be inevitable.

We accept all major health insurance plans. If you don't see your insurance, please contact our office. **Medicaid acceptance applies to our OB patients**

Words from our patients